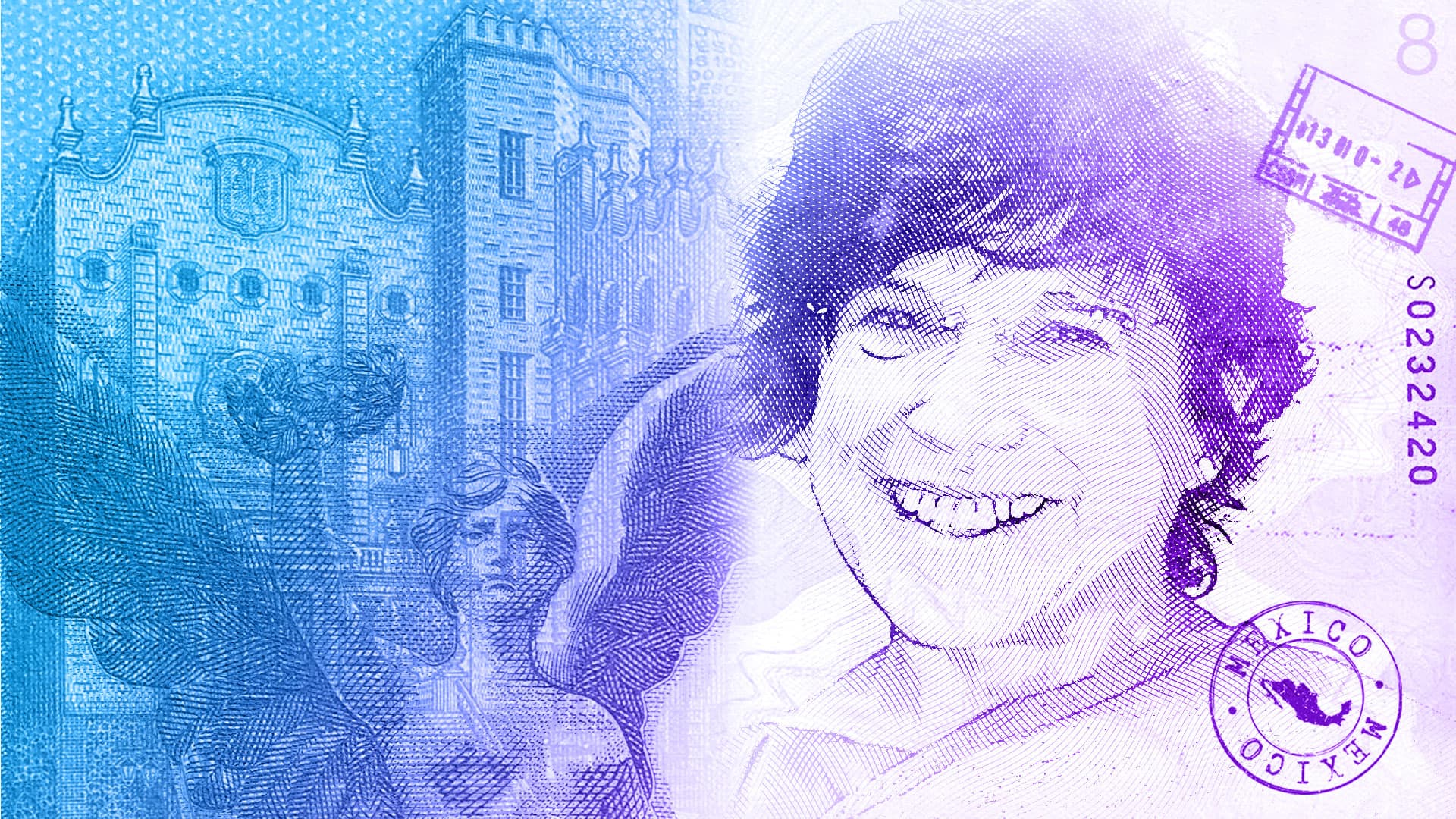 Coins and banknotes are more than just a means of making transactions, acquiring goods and services, paying bills and other commercial and financial transactions. They are important elements of our national identity, evoking pride, uniqueness and belonging to a community. A glance at the iconography of banknotes and coins is often enough to identify the personalities that appear on them, whether they are notable individuals, indigenous animals or significant plant species along with the symbols, designs colours and textures which accompany them. Paper money communicates, promotes values, recreates stories, pays tribute to heroes, scientists, writers, artists who have raised the name of their respective nations before the world, and who fill their countrymen with pride as it is exchanged with their use.

Perhaps many of us are unaware of the process involved in producing a banknote from conception to printing. The importance of each piece lies in the detail, and engraving is a fundamental element. One of the great exponents of banknote engraving is Martha Sasian, who has devoted her entire life to engraving the faces that have adorned numerous families of banknotes.

Martha’s encounter with engraving came about unexpectedly; not unlike the best things in life. “A friend asked me to take her to the Banco de México because there was an open call for artists and painters. There I met the banknote designer, Reyes Santana, who asked me to take the exam as well. It consisted of a small water-colour portrait. I did it and I was one of the chosen ones. The work was for an engraving scholarship in Italy.”

That’s where the adventure with engraving began. “I had no experience or knowledge of this world. The first plate I saw was the $10 peso note, the first one stamped by the Mexican banknote factory, engraved on the obverse by the great master Mario Baiardi and on the reverse by Professor Trento Cioninni, who later became my teacher, and who I consider them both to be among the greatest exponents of banknote engraving.”

While Martha was in Italy, the Banco de México commissioned her to do the reverse side of the $5,000 peso note. Cioninni asked her to do it freehand, without the help of tools such as rulers, compasses, etc. Even though it was a technical challenge, Martha produced the texts, numbers, micro-printing, the Heroic Military College Coat of Arms and the Castle in an exceptional manner using Cioninni’s specialised techniques of acid and drypoint.

Sasian later moved to KBA Giori in Lausanne, Switzerland, where she learned photo-mechanics with Reynaldo Castagnoli . “The knowledge and techniques I acquired in Switzerland served me throughout my career.”

Sasian, together with Jorge Peral and Sergio Moreno, were the first engravers in the burin engraving technique at the Bank of Mexico’s Banknote Factory. Together with all areas of production, mexican paper money was transformed into a safe, artistic product of unrivalled quality, which fostered national identity and pride for many years.2

Innovation as a Flagship

Change can be disruptive. It arrives and moves existing paradigms, showing a new way, a new path. With Martha, innovation came hand in hand with technology. In a medium like banknote engraving, based on craftsmanship, the thought of engraving with a computer was nonsense, but Martha’s intuition told her otherwise. “In 1997 my curiosity and passion for my work led me to experiment with digital engraving, at a time when there were no specialised tools for that purpose.”

This experimentation did not meet with an easy reception, yet Martha, following the path of the pioneers, knew how to strive for evolution in her work. “I had already experimented with making an engraving of the Bank’s building on the computer and I had seen the advantages that technology could offer.”

The opportunity presented itself in the engraving of the $1,000 peso banknote, which Martha engraved the image of the University of Guanajuato. “The digital engraving allowed me to make a collage view of the building, creating a perspective that is difficult to reproduce with a photo. The reverse also shows a coat of arms with writing (The Truth Will Set You Free) and a beehive patterns. This would be impossible to engrave with a burin.”

The use of technology in the service of artistic technique marked a turning point in the history of banknote engraving in Mexico, to the extent that Saisan is now considered one of the first (if not the first) to work with digital engraving.

In a medium like banknote engraving, based on craftsmanship, the thought of engraving with a computer was nonsense, but Martha’s intuition told her otherwise.

This (r)evolution driven by Sasian made the Banco de México one of the first to adopt digital engraving with specialised software such as Jura Engraver. Saisans’ work was a prelude to the digitisation of engraving work, popularised in the first decade of the 21st century thanks to the incorporation of new technological tools.

The Art behind the Lines

A recurrent debate lies in defining where the line is drawn that divides the discipline from art. Technological progress has made it possible to create prints with a higher level of detail and the possibility of correcting errors more quickly, which has led to a change in the perception of hand engraving as an artistic discipline in danger of extinction. For Sasian there is a clear difference: “Artistic engraving takes advantage of the effects of imperfections as an added value to his work, while banknote engraving, being intended for mass production, does not allow for defects in weft or tones”. However, she acknowledges that there is a license that allows the engraver to leave a little of themself in each piece: “There is artistic freedom in the lines and their direction. In the creation of the engraving you can see our intention as makers of a piece and each hand is different. When you meet the engravers you can recognise their work just by looking at it.”

Nonetheless, there are occasions when the engraver is allowed to sign his work or to sign it hidden in the engraving. One of the banknotes with Sasian’s stamp is the $500 peso note showing Frida Kahlo on one side. If we look closely, we can see her signature on the foot of Diego Rivera (baby).

A Future That Reveals Itself in Outlines

After a career spanning more than 40 years, Martha Sasian is far from being idle. She continues to be involved in projects for banknote manufacturers around the world, as she seeks to broaden her horizons.
While the work of an engraver – like many professionals involved in the development of banknotes and coins – is not something that puts them in the public eye, Martha’s legacy remains engraved in Mexico’s identity, as a major contributor to their national heritage.

Perhaps the next time we hold a banknote in our hands, we will see it with different eyes and appreciate the lines, the wefts, the intention and the story it has to tell.

Because just like beauty, art is in the eye of the beholder. 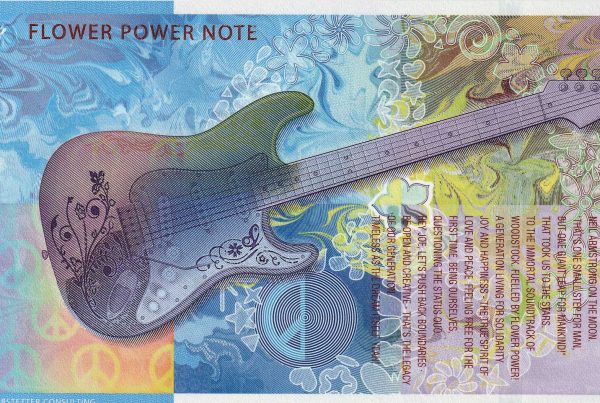 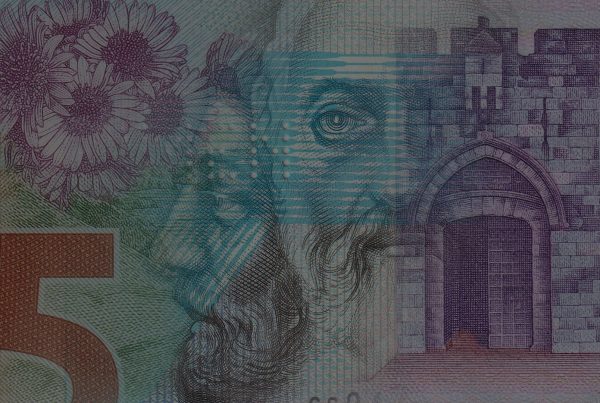 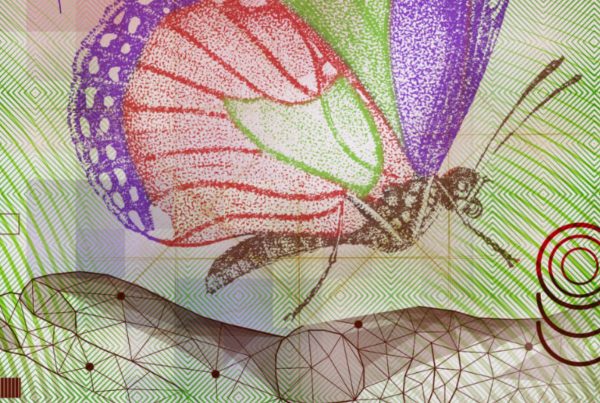