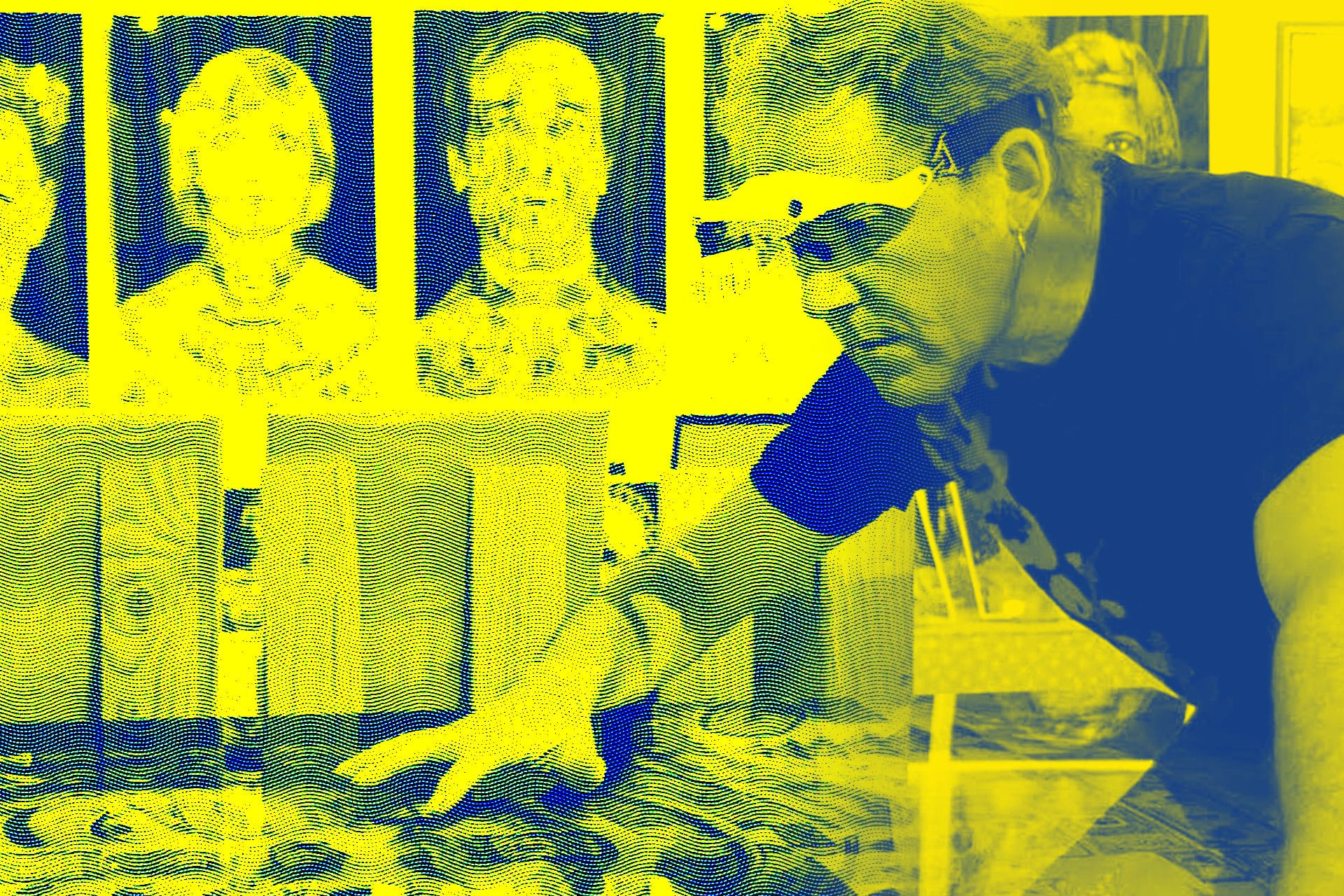 The human body has always aroused fascination. Each body, face, unique in essence, shows us humanity and allows us to glimpse our divinity. Thus, art and science have fallen under the spell of the study of the body, either for its functioning or as a subject of artistic expression.

Contemporary fast-paced life and technological advances have provided new forms of expression to capture the human figure through art. What was once painted can now be photographed, edited, played with shapes and textures, creating new combinations that seek to generate reactions in the viewers. This search has been the main motive of French artist Philippe Assalit.

Obsession with the Human Body

Assalit is a scientist who studied biochemistry and psychology. A self-taught photographer and visual artist he has been devoted to photography since 1985: “My first major exhibition in 1989 presented a series of “Venus”. It is a body of work on the female body deformed by a set of giant magnifying glasses. I continue to work with the human body until the early 2000’s.” Assalit exhibited at a large number of exhibitions, biennials and international art meetings in France and abroad, including Santa Cruz in the Canaries, Braga in Portugal, Turin in Italy, and Arles in France. “The Pompidou Centre’s photographer curator, Alain Sayag invited me on several occasions to exhibit a number of photographic series in Paris, Barcelona, Korea and at the “Rencontres de la photographie” in Arles.”

Since 2000, there has been an evolution towards digital photography, and the construction of new large series «Têtes», «Forêts», «Skull Planets», «Stars», «Fleurs», «Tours» et «Monnaies – Portraits du monde».

In 2009, the series “Monnaies- Portraits du Monde” was created with the publication of the first portrait “One Dollar” in the Magazine FauxQ in Paris. The series includes 50 portraits with more in preparation.

Assalit’s work is primarily concerned with the body, femininity and masculinity at the borderlines between painting, sculpture, drawing and photography. He describes himself as a neo-Pictorialist. His works show faces that look directly at the viewer nonchalant, calm and even with pride. One of the characteristics of his work is the juxtaposition of layers on top of the base photograph, which gives the nuances of a painting.

“Inspired by the pioneers of photography and the surrealists (collage, scratching, editing, chemical attacks, turning, colouring…), I mix the techniques of make-up, drawing, painting, editing and 3D, first on film and then, for the last 20 years, with digital tools.”

Using different techniques, Assalit’s work reflects the complexity of human nature, deconstructing it through multiple layers and at the same time demonstrating that each one is part of a whole. “I am interested in everything from the most microscopic to the cosmic and I try to make the human figure or the body appears through numerous techniques and materials. This appearance makes sense and raises questions through superimpositions or unexpected juxtapositions. In the last series, I used the planets of the solar system, which have become giant skulls that look at us. Also, I have composed new faces with animal, vegetable or mineral matter… and by photographing bouquets; I wanted to express the passing of time.”

Small Pieces That Tell a Story

Assalit has used paper money as a medium to tell stories. “Like any traveler, I liked to keep the banknotes I brought back. I am surprised that man has been using small drawn papers as a means of exchange for several centuries. These banknotes, small pieces of the great official history, put together tell a story. And I like to pick out details and reconstruct the original message on the face of the native model of the country like a second skin. This second skin gives birth to a new image, a kaleidoscope of cultures and their signs.”

Assalit’s use of banknotes not only achieves a particular chromatic play, but becomes part of the unique DNA of each piece. “In this work, the banknote is a material that I use like the colours of a painter’s palette that make up the strokes I place on the face. I recompose an image after deconstructing the original meaning of all the banknotes (past and present) of a country. As a result of the use of the banknotes, these photographs contradict the uniform representation of the world proposed by globalisation. Thus, each portrait covered with its second skin has a particular and unique texture, like the banknote, capable of withstanding the wear and tear of time.”

Each portrait is a real and imaginary journey during its realisation and for the one who looks at it.

An Intimate Encounter with the Viewer

Assalit’s series of photographs has been partially exhibited on various occasions in France and Europe and is present in a few collections in several continents. “The public often speaks of paintings in reference to a painted work, but also in reference to the black writing board, whereas this is photography. It also has the feeling of a photographed sculpture because the black background reinforces the effect of presence and almost delivers a 3D image. The look and the face carry this visible part of the soul that man presents to the world and that each individual deciphers according to his intimate experience (according to his history and his memories).”

Assalit’s message speaks more about what unites us, than what differentiates us, and the use of paper money plays a fundamental role in this: “The banknote adornment underlines the diversity of women and men and their cultures, but the way they look at it and the way they face it speaks to us of their equality and fraternity.” 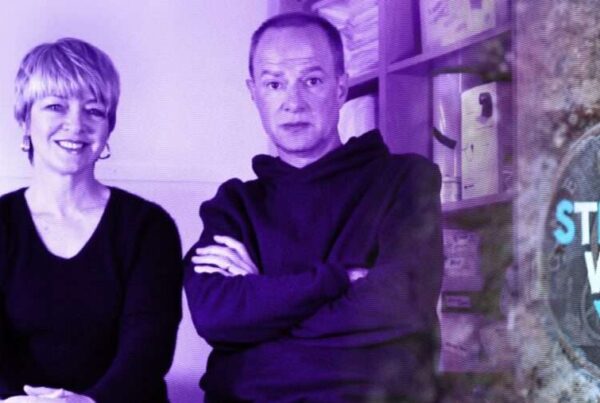 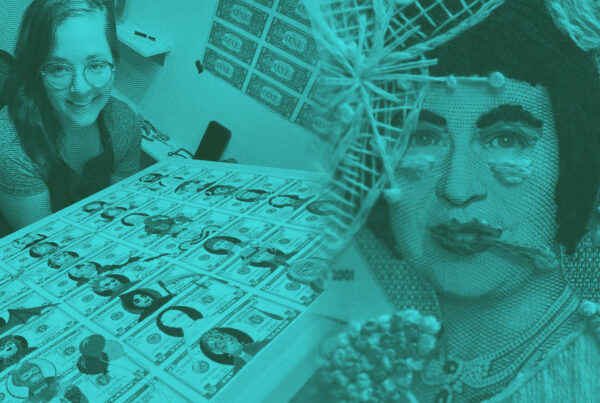 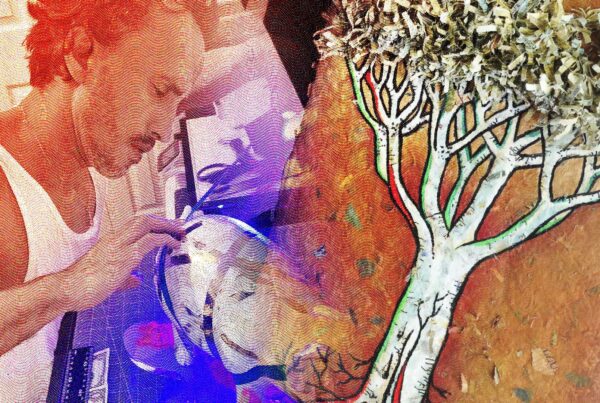